Weekend Rundown for 12/5 - Presented by ATAC 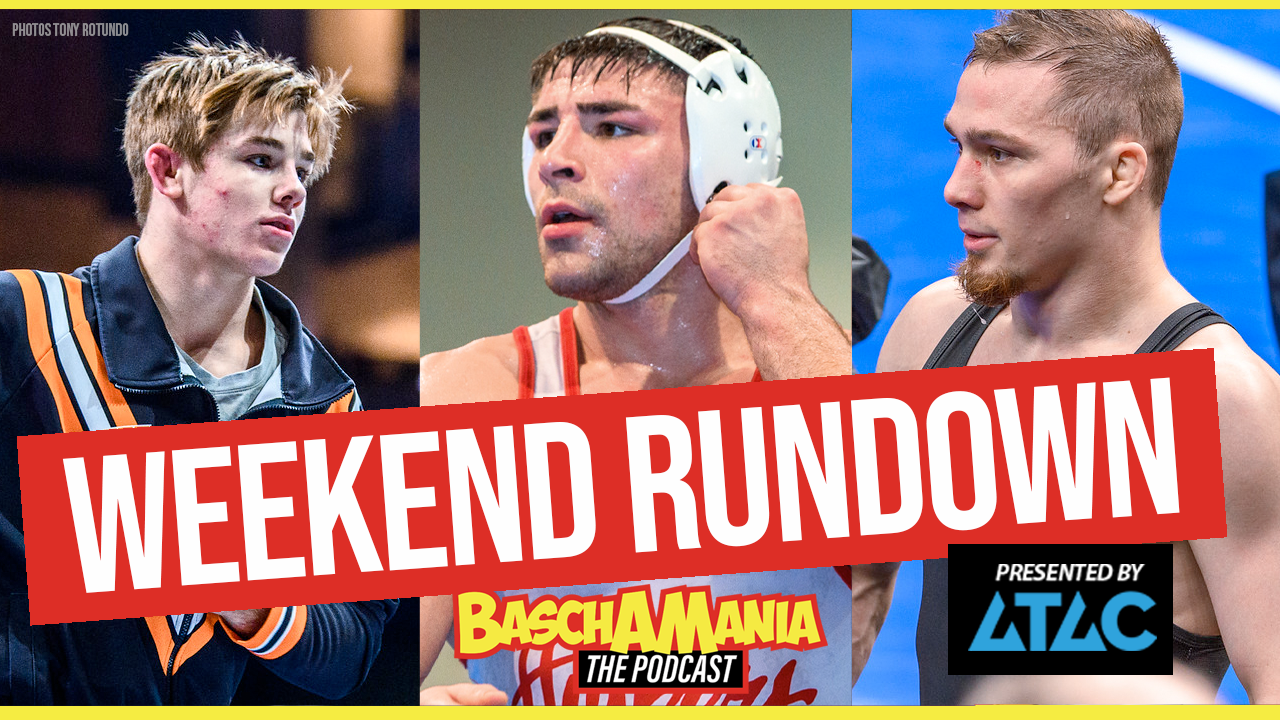 What a weekend of wrestling that surely lived up to all of the hype!

Let's quickly go through the headlines from the weekend:

- Speaking of OT takedowns, Nebraska's Mikey Labriola upset NCAA Champ Mekhi Lewis (Virginia Tech) with a overtime takedown of his own, 3-1.  Even though the All-Star Classic is technically off the record as an exhibition match, this is now Mekhi's 2nd loss on the year.  Penn State's Carter Starocci beat him 2-0 at the All-Star Classic.

- Arizona State freshman Richard Figueroa II ran through the CKLV field and upset Matt Ramos 3-2 in the Finals to take home the coveted title.  ASU Senior & former NCAA Finalist Brandon Courtney was sitting out for the weekend, but a potential line-up battle could be before us.

- We didn't get to see the much anticipated match-up between Mason Parris vs Cohlton Schultz (ASU) as Schultz was upset by AJ Nevills in the quarter-finals 5-2.

- On Sunday, Spencer Lee & Real Woods made their (much-needed) season debuts to help Iowa hold off Iowa State 18-5.   The dual was on BTN, but some of the bigger matches were archived here on BTN's YouTube. Full results here.

- Yonger Bastida upset Jacob Warner for the 2nd year in a row at the Iowa/Iowa State dual handing Jacob Warner his first *official* loss of the season.  Warner also took an exhibition loss to Rocky Elam a few weeks ago at the All-Star Classic.

- Chaos continued at 149lbs as Iowa State Gray Shirt Freshmen Paniro Johnson upset #6 Max Murin, leaving himself the only Top 15 guy at 149 without a loss!  We could see Paniro vs #1 Yianni D at the Collegiate Duals in a few weeks, and Paniro also is slated to have duals against #9 Brock Mauller (Missouri) and #5 Kyle Parco (ASU)

- NCAA Champ Anthony Cassar from Penn State made his successful professional MMA debut Friday night with a 1st round submission.