Home  ›  Stories  ›  Ready or Not, NIL Is Happening Next Week

Ready or Not, NIL Is Happening Next Week 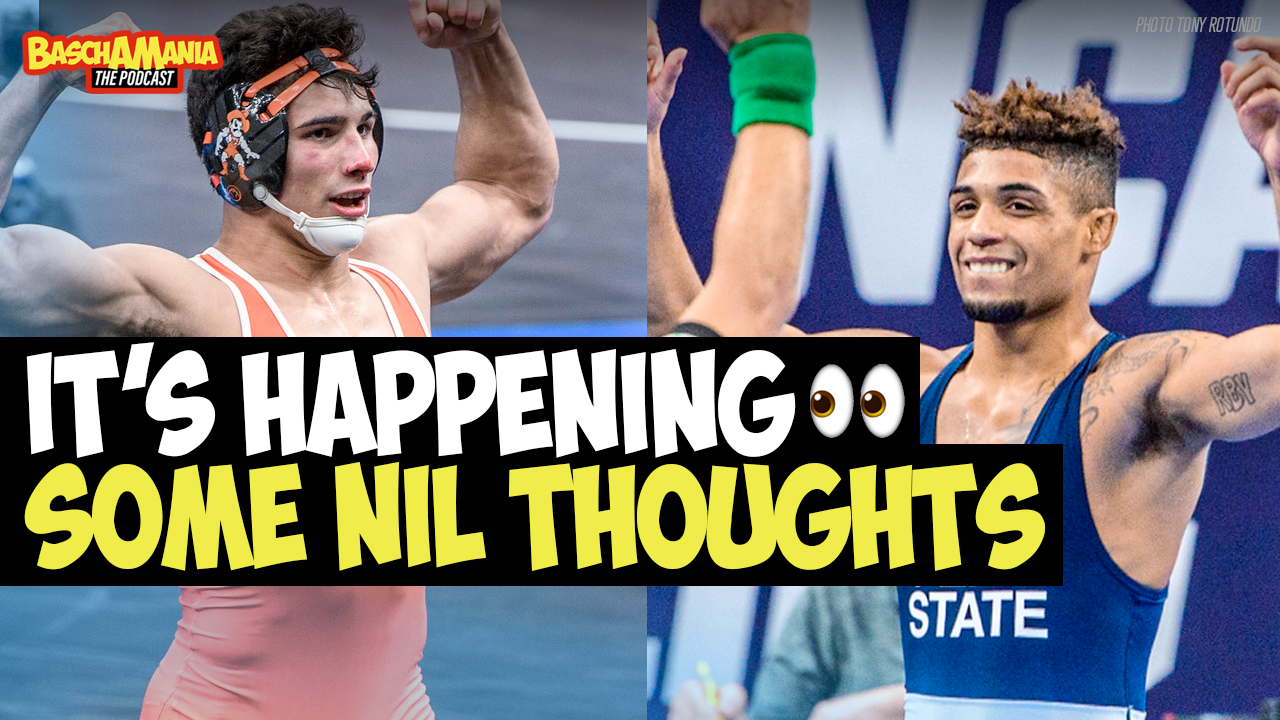 It’s happening. On July 1, many college wrestlers are going to be able to leverage their name, image, and likeness. But, until it rolls out (and probably even after), there are a lot of questions and speculations around the rollout.

I’ve seen some of the guidelines for a few schools and there are components here that seem pretty universal, so I wanted to dive in and discuss at least those elements.

COLLEGES ARE THE GATEKEEPERS

Everything I’ve seen has pointed to the schools having the final say in what deals can/can’t take place. Deals and contracts will have to go through compliance before an athlete can sign (or they risk voiding their athletic eligibility). That’s not really a surprise that they want to be the gatekeepers, and I don’t know if it’s going to be that bad of a thing. It’s obviously not ideal, but I kind of get it. The major obvious here to me is conflicting deals and image issues.

Now in regards to conflicts, Penn State and Nike have a deal that last I saw was rumored to be around 2 million a year. It’s safe to say Penn State compliance is likely not going to allow their top athletes in any sport to have conflicting apparel deals. It will be interesting to see how apparel brands and college deals work out moving forward.

It will also be interesting to see if companies go after athletes in the markets they are in. For example, can/will Nike go after a Penn State or Iowa athlete? Could Spencer Lee sign with Nike for a shoe next year? Nothing is really overtly clear yet on questions like this.

Where a Spencer Lee/Nike deal gets tricky is that student-athletes will not be able to use any school marks/logos in delas.  Meaning, If you do a deal with Roman Bravo-Young, you’re not able to use a picture of him in a Penn State singlet, and he can’t be in PSU apparel when endorsing your product.

Now, I don’t think that’s too big of a problem in today’s world of social media. Wrestlers don’t wear helmets. You know what they look like, you know who they are.  And, if you’re doing a deal with AJ Ferrari, you’re probably not going to want him to start wearing clothes now anyways!

Athletes like Roman, Gable, and AJ, among others, have done a great job establishing their brand identity outside of a school. Much of the content these three for example put out doesn’t revolve around school marks/logos. Only 3 of Roman’s last 9 posts use a Penn State mark/logo. So, if he’s posting about your brand, and not wearing Penn State, who cares?

As a common theme with NIL, this isn’t ideal, as brands and companies dishing out money to these athletes want to get as big of a return as possible, and they’d get that WITH the use of school marks and logos. That said, I don’t see it detering brands from engaging.

HOW MUCH DO APPAREL DEALS MATTER?

If you look at some of the top senior-level wrestlers and recent deals, it shows that there is value outside of apparel sponsorships, and it’s where I would be seeking a deal.

Apparel deals can be great, but our college athletes don’t necessarily need them. If someone goes to a local print shop, and gets that print shop to donate the goods and printing in exchange for a plug on social, and the athletes go and sell the apparel, they could make a nice quick score and not have any responsibilities or long-term loyalty to an apparel company.

I’ve both been involved with an apparel company for a few years in the past and I’ve been making apparel for Basch Solutions for the past 13 years. Honestly, making your own apparel is far easier of a process. Less hurdles, less red tape, more money.

While talking about apparel, I will say this - while I do believe it’s easier to make your own apparel, there is A LOT of work that goes along with it. Selling and collecting money is the easy part. Getting things shipped out (with no mistakes) and handling customer service can eat up a lot of time. If you’re going to sell your own shirts and apparel, I recommend engaging someone (a friend, family, whoever) to help keep things organized. The last thing you want to distract you from athletic success is customer service headaches over shipping a tshirt!

WHAT DEALS WILL HAPPEN?

A ton! Like the examples I just gave above, I think companies are going to be very excited to start engaging with college wrestlers. I think we’ll see two pushes initially.

First, the Big Brands. I see companies like Gatorade, Monster Energy, Red Bull, etc. diving all in right away and scooping up athletes in various sports. Even if you just look at college athletes as influencers, some of these wrestlers have massive followings.

Gable, Roman, Suriano, Spencer, and others have over 100k followers with great engagement! Because the nature of college athletics, college athletes will likely have higher engagement rates than influencers/content creators who are seeking growth solely around their content/channels.

Secondly, I see Alumni getting really excited about this and engaging on a big level. If you’re an entrepreneur/business owner from Penn State and follow the program closely, why would you not do a deal with an athlete for your business/company?

Mark Ironside, 2x National Champion and 4x Big Ten Champion, from Iowa for example owns “Ironside Apparel & Promotions”, I’m sure he’d love to sign an Iowa athlete to a deal. (Even though it’s an apparel company, it’s not an apparel brand that sells clothes that competes with Nike).

My guy Kendall Bryant from Snowflake Smokehouse in Arizona has done a number of product deals with senior-level athletes from Bo Nickal and Jason Nolf to Frank Molinaro and Zahid Valencia. The new NIL rules now allow him to engage with college athletes as well, which is great for his small business, and even if it’s a product-only deal, what college athlete doesn’t want a supply of fantastic beef! (or tofu if you're vegan!)

We watch.  AJ Ferrari and Roman Bravo-Young have both already stated their intent to cash in right away. AJ has said he'll be signing deals on July 1, and I don't think Roman will be too far behind him.  One coach I talked to said that they have a call today (Saturday) with their whole admin to discuss it. I suspect rules and clarity will continue to come out (will try to update this article as info comes out) and as deals happen - and don't - we'll learn more of how this is going to go.

What do you think? Hit me up on Twitter and let me know - @JustinJBasch